The gentleman arrived on time and ready to work. He was very knowledgeable and understood exactly what the problem with my garage... Read More

The Install agent was courteous, efficient and thorough. The installer went over the operation of garage door opener patiently and completely. I... Read More

My name is Bert D. and I recently have had the need of installing a new garage door at my residence in... Read More

I would like to express my gratitude to your company for the prompt and efficient care I received from your company. I... Read More

WOW! My entire experience with your company was excellent! The helpful and polite nature of the lady answering the phone was my... Read More

- Deborah (for her mom’s door)

Great company to work with. The have good deals on Garage door services and had just what we needed. Read More

I recently purchased a twenty-five year old home, and found that just about everything was on the verge of needing repair or... Read More

Rated 4.9 out of 5 Stars
Based On 16,791 customer reviews
Serving Dallas / Fort Worth and All Surrounding Areas 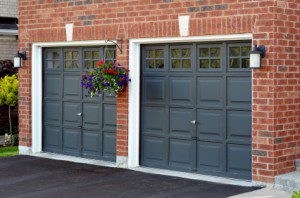 It wasn’t that long ago when garage door wind-load was something that was only considered important in coastal areas such as Florida. As the industry has progressed, however, awareness of this important component of garage door security has spread through several other areas of the country. If you’re in a market where wind-load regulations are in place – or even if you’re in an area that may not have requirements but is still prone to powerful storms each year – it’s very important that you keep wind-load in mind when choosing a new garage door.

What it Is Wind- Load

The term “wind-load” refers to the amount of pressure or force that is extorted on a structure. This can apply to garage doors, windows, entry doors and many other parts of a home. Since a residential garage door is usually the extended opening in a home, garage door wind-load is a very important consideration.

Garage doors are typically tested to see how they perform after 10 seconds of a certain level of pressure. However, some areas (including the Texas coast) stipulate that garage doors also have to be tested to see how well they resist wind-borne debris. One test is performed by using a cannon to shoot a 9-foor 2-by-4 50 feet per second at a door. This test is followed by hundreds of wind cycles testing the resistance of the door to positive and negative pressure.

If you are interested in finding out more about garage door wind-load, or you want to find models that have the highest ratings, contact us online at Action Garage Door or give us a call at 713-589-5090.